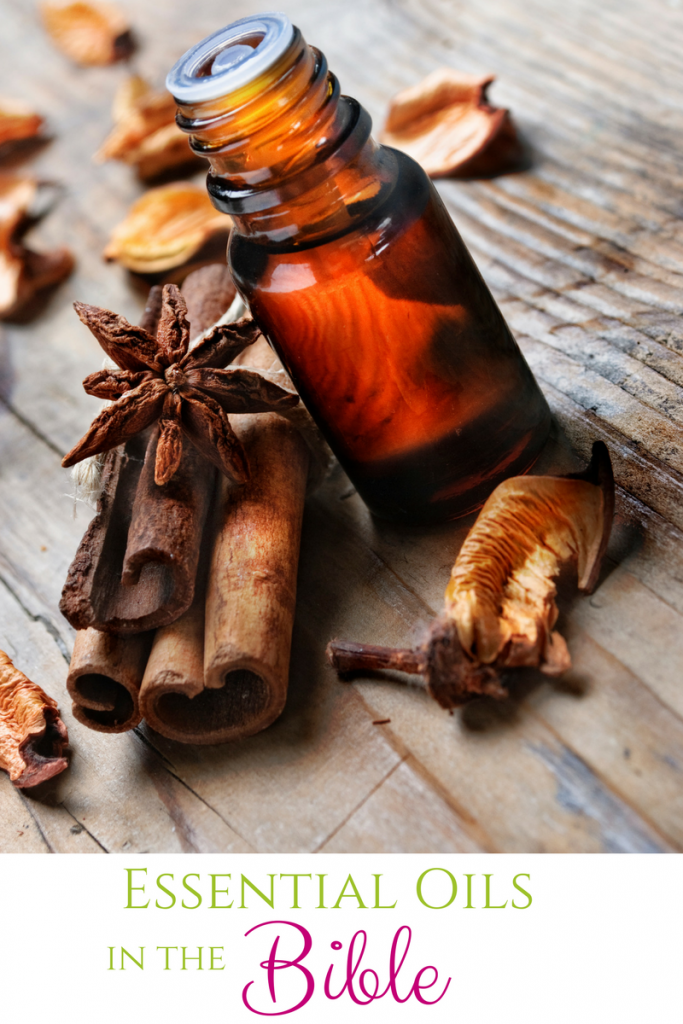 In Essential Oils in the Bible Part 1, we looked at my search to find out if essential oils are an alternative healing method that God would approve of, and we determined that God created all botanicals and called them “good.” Be sure to read that post if you’d like to look at that topic more in depth.

Healing Oils of the Bible

Today we’ll explore in scripture different ways that botanicals were used in the Bible. We’ll see 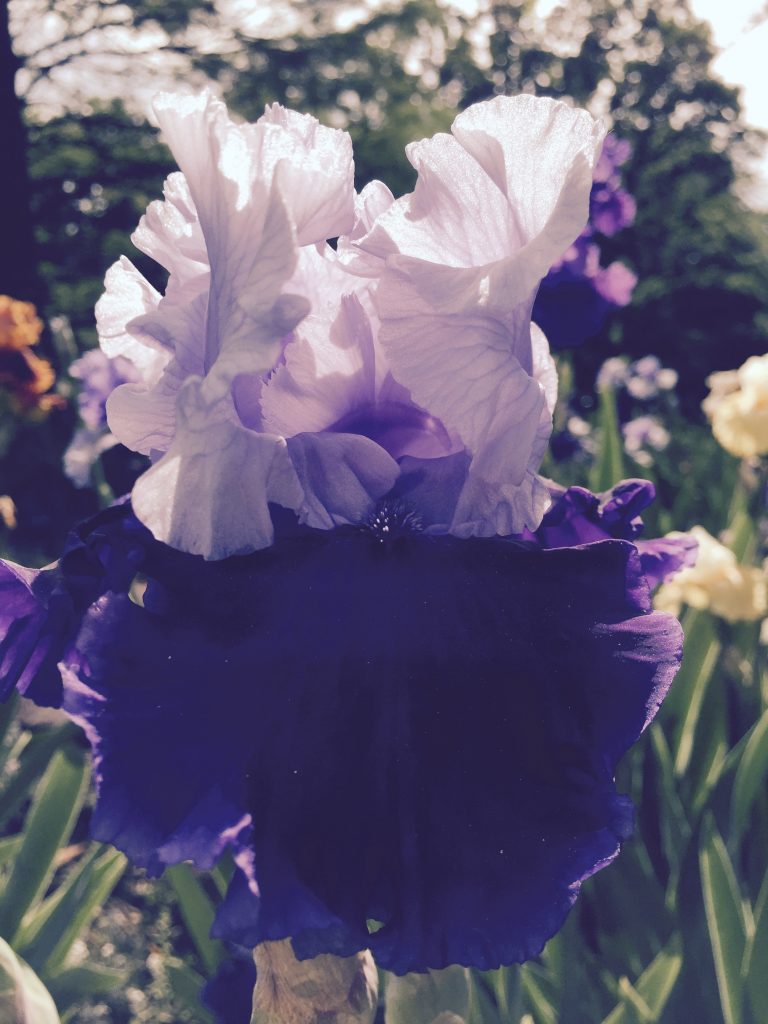 that God
designed botanicals for sacred use, for personal use, for commerce, and for healing.  I like to call botanicals “goodness from God’s garden.”

I often wonder what the Garden of Eden looked like. I think of my favorite botanical gardens that I have been to like the one in St. Louis, MO, and can only imagine how beautiful Eden must have been.

So how important were olive oil and herbs in the Bible? Very important.

In Exodus 30:23-33 God goes into specific detail and tells Moses how to create a unique anointing oil made out of olive oil infused with myrrh, cinnamon, cane, and cassia. Moses was to anoint the tabernacle and the Ark of the Testimony, much of its furniture and its utensils, and Aaron and his sons with this oil. Exodus 25:6 from The IVP Bible Background Commentary on the OT says the purpose of the anointing “was to remove all traces of secular odors and to transform the interior of the tabernacle into a sanctuary suitable for worship and God’s presence.”

Regarding anointing Aaron and his sons, a note on anointing in Exodus 29:7 of the Spirit Filled Life Bible says that both Aaron and his sons and later the kings of Israel were anointed with oil. In both cases, the oil would symbolize the gifts of God to the people and the responsibilities now laid on on their leaders through this ceremony. In Israelite practice, anointing was a sign of election and was often closely related to being filled with the Spirit.

The Israelites were forbidden to use these particular anointing oil formulas on anything or anyone else, reserving it only for these purposes.

In Exodus 30:34-38 God also gave them a recipe to use for incense to be placed in front of the Testimony in the Tent of Meeting. It was most holy and reserved only for the Lord. They were not to use this specific recipe of incense for themselves.

“Then the Lord said to Moses, ’Take fragrant spices—gum resin, onycha and galbanum — and pure frankincense, all in equal amounts, and make a fragrant blend of incense, the work of a perfumer.”

Personal Use of Essential Oils in the Bible

In Bible times people also used herbs and oils in beauty rituals. One of my favorite stories regarding this use revolves around Queen Esther.

In the book of Esther, King Xerxis in a royal fit of anger, forever banished Queen Vashti from his presence. Several days later when he had a chance to simmer down, he started to miss beautiful Queen Vashti. His attendants began a search to replace Queen Vashti.

Esther found favor with Hegai, the king’s eunuch, who gave her the best place to live, seven handmaidens, and special food. Along with the other girls, Esther underwent 12 months of beauty treatments, which consisted of the following: six months with oil of myrrh and six months with perfumes and cosmetics.

Ultimately, the king chose Esther to be the next queen. The rest of her story is incredible as God placed her in the kingdom “for such a time as this” to save the Jewish people from a plot to wipe them out.

In the ancient world, oil and spices and fragrances were a booming business and they were traded along the Frankincense Trail and the Silk Road. According to The Archaeological Study Bible, frankincense, 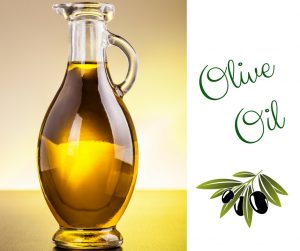 myrrh, nard, saffron, aloes, and calamus were used extensively in but were not native to the Holy Land area, so they had to be imported from Arabia, Iran, India, and elsewhere. As you can imagine, they were very expensive.

Olive trees did grow in Israel, and olive oil was one of the main healing oils of the Bible. It was an important part of the culture for food, healing, and perfumery (1Kings 17:8-16; Mark 14:1-9).

Healing Oils of the Bible and Botanicals

Many of us know that the wisemen gave baby Jesus gifts of gold, frankincense, and myrrh, but we may not realize the full significance of these gifts.

In the ancient world, frankincense was once considered more valuable than gold. Merchants traded it extensively along the Frankincense Trail and the Silk Road.

Besides it’s religious history, frankincense possesses medicinal properties that make it very healing.It would have made a powerful medicinal substance for Mary to treat her family with in the years they were traveling. Frankincense is anti-inflammatory, antimicrobial, anxiolytic, nervine, vulnerary, and an immune enhancer. When blended in a cream, it is wonderful for skin conditions of all types. As an inhalant, it helps dry congestion in the lungs. It enhances healing after sutures have been removed when used in a cream or salve. It blends well with myrrh, lavender, lemon, Roman chamomile,and helichrysum. The ancient Egyptians used it to treat everything from head to toe.

Today it is still used in religious ceremonies and during prayer. This was a valuable gift for Jesus’ family. They could have either sold it to finance their trip to Egypt or Mary could have used it as a medicinal. Before the day of antibiotics, frankincense and myrrh were used as the primary antimicrobial, antibiotic substances.

You may not be as familiar with myrrh as you are with frankincense, but myrrh was once again an incredible gift to bless the young family with. In the Old Testament, myrrh was also part of the recipe of the Holy Anointing Oil. Additionally, it was used in a recipe as a powder placed in front of the Testimony in the Tent of Meeting. People used to wear pouches of frankincense and myrrh around their necks as perfume but also for its medicinal properties.

The most interesting fact I found about myrrh is that when the soldiers were preparing Jesus for crucifixion, Mark 15:23 tells us that they offered Jesus wine mixed with myrrh (probably to buffer the pain), but He would not take it. Jesus wanted to fully experience the cross. It is significant that myrrh was part of the beginning of His life and the end of His earthly  life.

I am amazed at how perfectly God provided for the needs of Mary, Joseph, and Jesus with the gifts of (gold), frankincense, and myrrh. 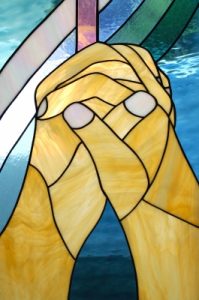 A look at James 5:14 shows the use of oils in prayer and healing. “Is any one of you sick? He should call the elders of the church to pray over him and anoint him with oil in the name of the Lord.” The word Elaion in James is referring to a medicinal oil, so it was olive oil infused with botanicals.

While it’s clear that the healing comes from God, the oil was part of the prayer ceremony over the sick.

I am reminded  of a prayer time in my own church. A woman who was sick came up for prayer after service to our prayer team. The head of the prayer ministry at the time reached into our prayer box of supplies and took out the bottle of oil. She anointed the woman (simple sign of the cross on her forehead) as we prayed for her following the suggestions of James 5. I don’t know what her final outcome was regarding her health, but in that moment as we obeyed God’s call to pray for the sick, she was loved, comforted, anointed, and God was there in the midst of us.

As we all strive to make our lives a fragrant offering to God, we should not be afraid to use the goodness God has blessed us with in His garden. As long as we keep things in their proper place and worship the Creator and not the created, it is as God said: very good.

In the final part of this series, Part 3, we will look at some ways we can use essential oils in our own lives with a focus on the sacred.

Re-Advent Your Life Are the hectic holidays derailing your devo time with God? If so, we’d love to have you join us in our new digital Advent study called Re-Advent Your Life. We know you’re busy, so we’ve designed it to take only 15 minutes a day. This downloadable (immediate access) PDF works on any END_OF_DOCUMENT_TOKEN_TO_BE_REPLACED

Today is Ash Wednesday, the beginning of Lent. As a child, I remember the solemn mass of Ash Wednesday and being anointed with ashes in END_OF_DOCUMENT_TOKEN_TO_BE_REPLACED

I love Christmas. I love the displays, the music, the food and the lights, but this was overwhelming. Despite the fact that it was night, END_OF_DOCUMENT_TOKEN_TO_BE_REPLACED