They skitter across the ground. 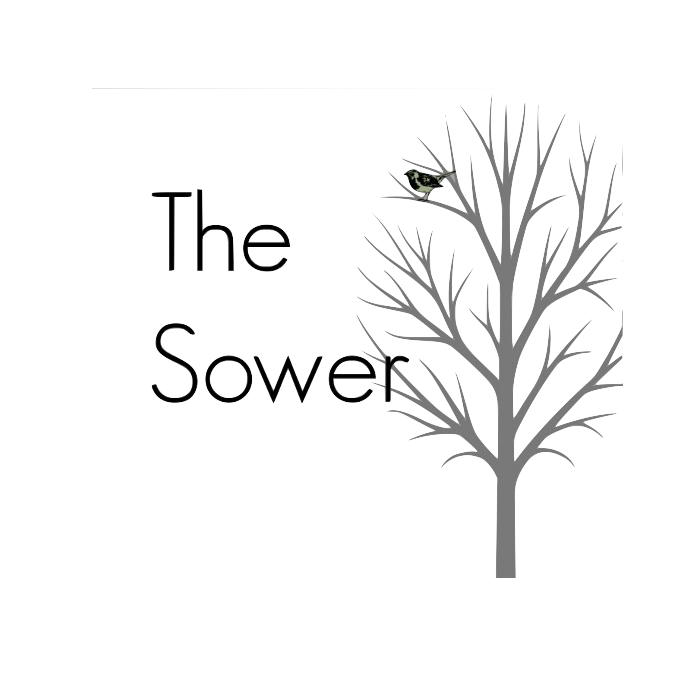 Smooth, hard, precious drops of life, scattered to the wind.The sower puts his hand in, draws it out and releases another handful of hope. He watches as they arc through the air and rains down on the barren ground. Step, release, scatter. Planting for the future. He raises dust with each step but it goes unnoticed as the sower sees only the fields of green.

So the sower tends his seeds, watering, weeding, and watching for signs of new life.

They scatter across the ground.

A cloud of ebony, on the wing, descending upon the seed. A ravenous, raven-ous shroud of black.

The torrent of seed-eaters poured down from the sky.

Tweet This
Hundreds, thousands, masses of birds snatching at the seeds of hope.

The sower hears the carnage. One against thousands. He takes a step of faith into the cloud and speaks. Words of command. Words of authority.

An explosion of black leaps from the seed and takes to the sky. Feathers, shadows, claws, caws. Black of night takes wing at the light.

The Word. His Word. The sower tends his seeds.

“A farmer went out to sow his seed. 4 As he was scattering the seed, some fell along the path, and the birds came and ate it up. 5 Some fell on rocky places, where it did not have much soil. It sprang up quickly, because the soil was shallow. 6 But when the sun came up, the plants were scorched, and they withered because they had no root. 7 Other seed fell among thorns, which grew up and choked the plants. 8 Still other seed fell on good soil, where it produced a crop—a hundred, sixty or thirty times what was sown. 9 Whoever has ears, let them hear.”