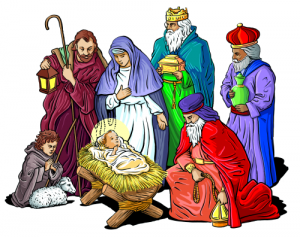 “Being confident in this, that He who began a good work in us will carry it on to completion until the day of Christ Jesus.” Philippians 1:6

The Greek translation of ”confident” is peitho, and it means to be convinced or to trust in (The Strong’s NIV Exhaustive Concordance). What stands out the most to me about this verse is that we can trust God. This verse tells us that God is going to take care of helping us grow and leading us through situations; all we have to do is trust in Him and listen to His leading. The phrase to carry it on to completion means to finish or attain a goal. We can also know that God has a goal and a purpose for our lives, and He is going to accomplish those goals in us if we allow Him to.

What are some examples of people in the Bible who went through hard times, but God used those times to prepare them for the goal He had for them?

Ruth lost her husband, went through poverty, and moved to a foreign land where she could’ve been considered an outcast. She lost everything she knew, but instead of allowing bitterness and grief to get the best of her, she chose to trust Naomi’s God, who quickly became her God. God not only brought her a home and a husband, but allowed her to be part of the kingly lineage of Jesus Christ.

Do we always see the end result of God’s plan for our lives while we are on earth?

Hebrews 11 is all about biblical heroes of faith who went through great trials on earth, but who knew that what they were going through was for a greater purpose. Verses 13-16 and 32-40 of this chapter show that they did not always see what the good of their situations were until they were in heaven, but they still chose to trust God and were joyful through their situations because they had faith.

What things have you gone through in your life of which you are still waiting to see the purpose?

How do we not lose hope when we go through troubles and we don’t necessarily see God’s reason behind it?

What steps can you take to keep a joyful and confident attitude in the midst of uncertain circumstances?

Don’t lose heart, but remember that God will complete His good work in you! 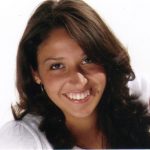