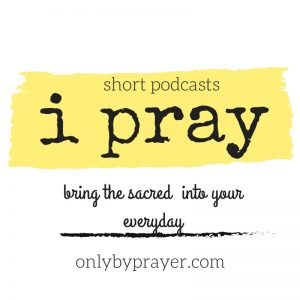 short podcasts to bring the sacred into your everyday

Do you only have a few minutes for prayer today? You’re in the right place! Try one of our new i pray podcasts. A few minutes is all you need to pray God’s word into any situation by interceding for friends, family, and yourself.

Do you ever feel that you’ve messed up too much for God to forgive you?

That is a lie. When we confess our sins and accept that Jesus died on the cross and took the penalty for our sins on Himself, we have the assurance that we are forgiven.

Once we have established our relationship with Christ, when the Holy Spirit convicts us of any new sins we’ve committed we simply confess them and let the Spirit work in our lives to heal us of what needs healing. God is our God of second chances.

Let’s pray today using 2 Chronicles 7:14. “If my people who are called by my name will humble themselves and pray and seek my face and turn from their wicked ways, then will I hear from heaven and will forgive their sin and will heal their land.”

Thank you for praying with us at OnlyByPrayer.com today!

“He who overcomes shall be clothed in white garments, and I will not blot out his name from the Book of Life; but I will confess his name before My Father and before His angels.

2. anything that serves for the recording of facts or events

3. a set of rules, conventions, or standard

4. to reserve or make a reservation for

For as long as I can remember, books have been a source of joy to me. When my sisters and I were just preschoolers, our mom would take us to the library and check out a big stack of books. Every afternoon or evening, we crowded around her to hear a new story. As I got older, I couldn’t wait to make my own selections at the library. Once I started receiving an allowance, I saved up my money and then walked downtown to Majerek’s Book Store each week to buy the latest book in my favorite mystery series. To this day I love books; my favorite one is the Bible.

In today’s scripture, we see an important book mentioned: the Book of Life. The Book of Life is kept in heaven, and it is filled with the names of those who trust in Jesus. If you have committed your life to Jesus and have asked him to forgive your sins, then just like definition #4 above says, God “makes a reservation” for you in heaven and writes your name in the Book of Life.

Typically, when authors write a book, they write several drafts, adding new information and deleting parts they no longer want. In contrast, scripture tells us that the Author of the Book of Life will never delete any names that are written in it. This is evident by the way the verse is written in Greek. The Greek words for  I will not blot out are a double negative, ou me, that literally mean not not or not never. It is impossible that once a name is written in the Book of Life that it will ever be deleted. It is there forever. You do not need to fear that you will mess up so much that God is going to write you out of His story. It just can’t happen. The enemy will try to convince you otherwise, but do not fall for his deception. Rather, settle your heart on the truth of God’s word.

As we enter into Holy Week, meditate on the security that you have in Christ.

prayer
Dear Lord, we thank you that our names our written in permanent ink in the Book of Life. They can not be erased and they won’t fade off the page. We are assured of our righteous standing with You because of Jesus’ sacrifice. We can live without fear, knowing  that we belong to You and You belong to us. In Jesus’ name. Amen.

Day 4. The Life Which I Now Live

Day 5. All the Days of Your Life


Take 5! By My Spirit by Mary Kane

Wrath and anger or grace and forgiveness…the difference is the Holy Spirit.

To do the study “By My Spirit” please click on the link. 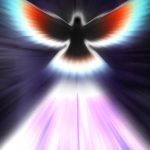 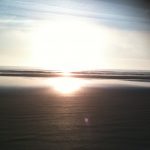