You are here: Home / Blog / Living by the Numbers God’s Way 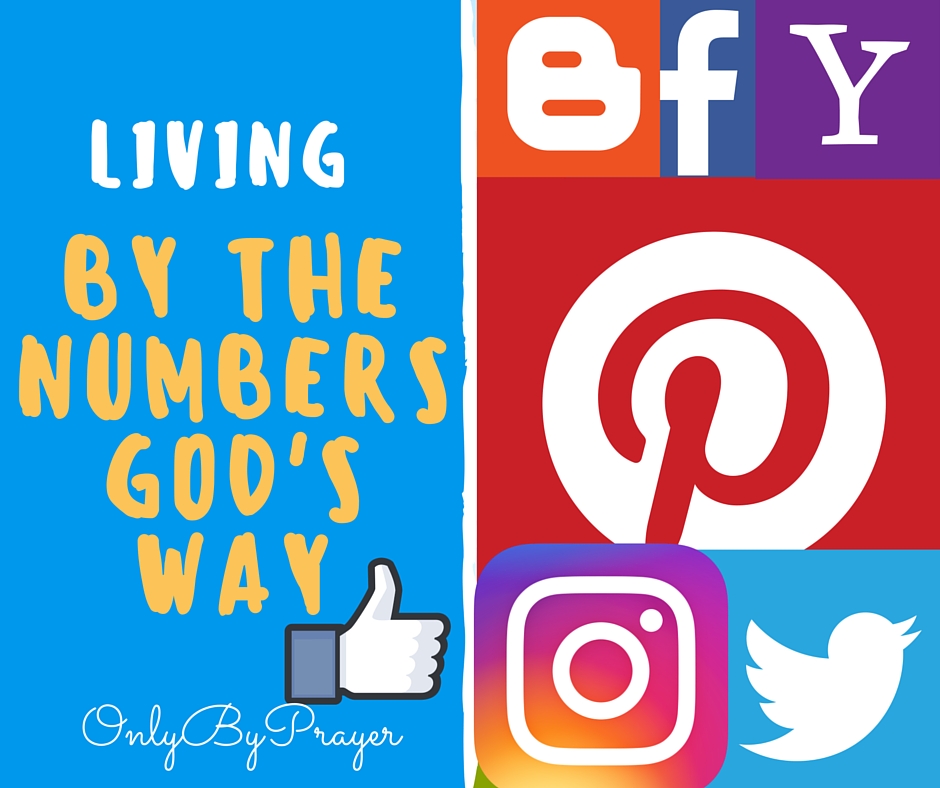 Any social media guru will tell you that when it comes to promoting yourself, it’s all about the numbers. Whether Twitter, Instagram, Facebook, or Pinterest is where you interact, the higher the number the better.

And lets not kid ourselves: it’s not only tweens and teens who are concerned about their followers. I know that once I post, I’m constantly checking back to see how many people are liking, loving, tweeting, or sharing it. I have even been known to let the activity, or lack thereof, on my accounts affect my attitude.

The numbers game is no new phenomenon. Oh, no. It’s been around for a long time; it’s just that now the results are so … visible. Everyone can see at a glance how you’re doing.

Well, you may be surprised to know that numbers are important to God too, but not in the way they are to us. He has a whole different take on numbers, one that we should pay attention to.

Living By the Numbers God’s Way

My takeaway from our brief biblical tour through some important numbers in the Bible is that God is not limited by numbers. From viral proportions down to one, God knows each need and will work in any and every situation that we ask Him to. When we are apt to obsess about our social media standing, let’s do the following:

Instead of tweeting, let’s sing his praises

Instead of updating your wall, lets break some down in the name of Jesus.

Today is Ash Wednesday, the beginning of Lent. As a child, I remember the solemn mass of Ash Wednesday and being anointed with ashes in the sign of the cross on my forehead. As an adult, I attend a Protestant church, but I’ve always loved the traditional church calendar recognized by the Catholic Church. There END_OF_DOCUMENT_TOKEN_TO_BE_REPLACED

I love Christmas. I love the displays, the music, the food and the lights, but this was overwhelming. Despite the fact that it was night, END_OF_DOCUMENT_TOKEN_TO_BE_REPLACED

How can you go about “re-adventing” Advent and Christmas in the midst of the unfamiliar, the challenges of 2020? What does this look like for END_OF_DOCUMENT_TOKEN_TO_BE_REPLACED